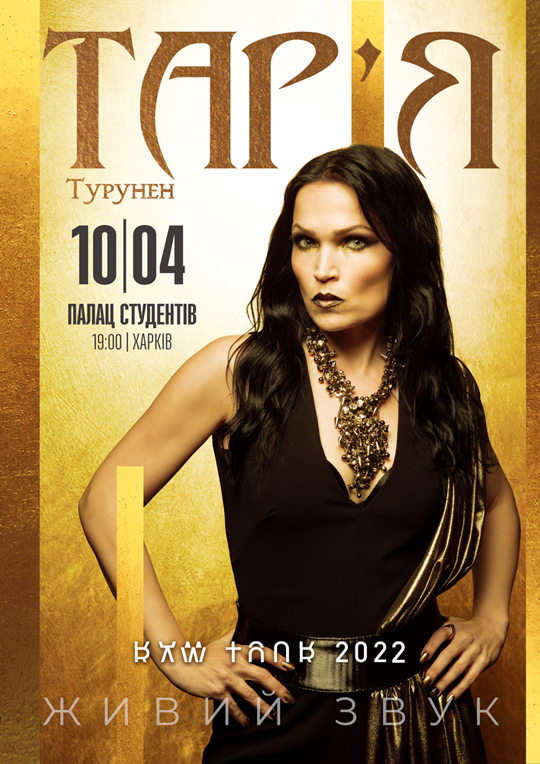 Kharkiv, Palace of Students of the National Law University named after YA. Mudroho

The famous Finnish singer, known for her signature “Valkyrie” voice, ex-soloist of the legendary band Nightwish – Tarja Turunen will come to Ukraine as part of the world tour “In The Raw Tour two thousand twenty-one”.

Tarja Turunen is one of the most respected and influential figures in the Finnish music industry in the world of show business. Her academically trained voice not only served as the key to the success of Nightwish, but also, in fact, embodied the genre of “symphonic metal”. During her career, she has released 7 solo albums, 5 concert CDs and DVDs, including a classic, created in collaboration with the Harus project. Turunen became the first foreign singer to sell more than 20,000 copies of her album in our country.

My Winter Storm rose to 11th place on Billboard’s Top 100 European Albums, and Tarja was nominated for Echo Awards and Emma Awards. In total, more than 900,000 copies of Tarja’s solo CDs and more than 3 million copies of albums recorded as part of “Nightwish” have been sold. Tarja will visit 3 cities of Ukraine at once to present to her fans the unique album “In The Raw”, which has already made a lot of noise! Schedule of performances: