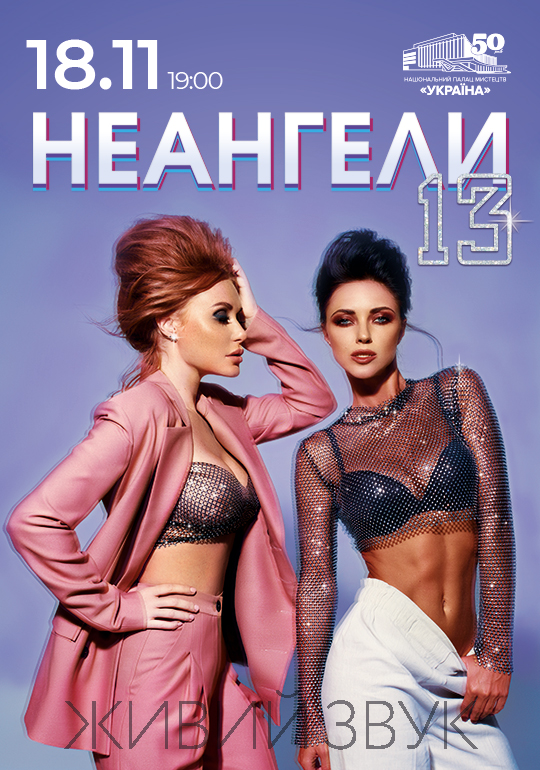 NEANGELY sing “ ON ENCORE” in Kyiv. Even more music and surprises!

A concert of the main female duo of Ukraine – NEANGELS will take place on November 18 in the Kyiv Palace “Ukraine”. After the unprecedented success of the all-Ukrainian tour in support of the album # 13, the band will hold another unforgettable show for its fans, which has already conquered all of Ukraine with its scale and atmosphere.

Preparation for the concert has already begun: famous directors and producers are involved. Even more drive, lights, shows, costumes and, of course, music! In the meantime, let’s remember the reasons that will not allow us to miss the meeting with our favorite NEANGELS this time as well.

Are you with us? Then we are waiting for you on November 18 at the Palace “Ukraine”. Let’s enjoy new and favorite hits NEANGELS “on encore”.