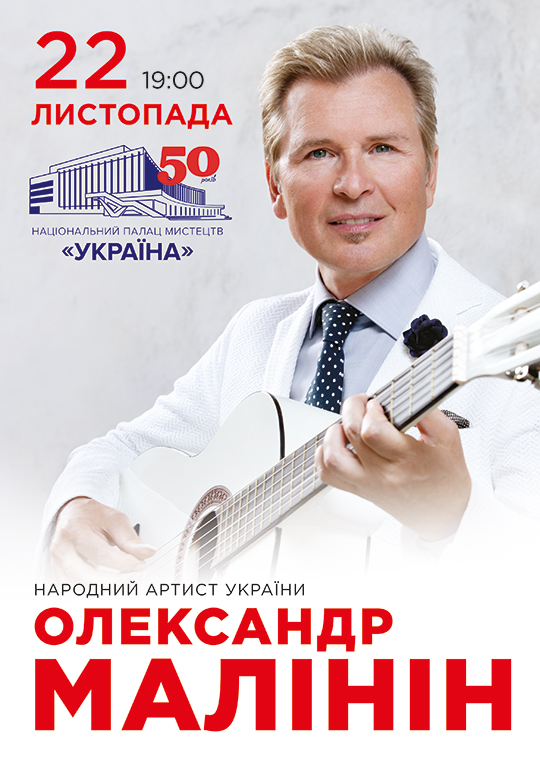 On November 22, NP “Ukraine” will host a concert of People’s Artist of Ukraine – Alexander Malinin.

Malinin is a singer, without whose songs it is simply impossible to imagine the stage. Alexander Malinin’s art won the hearts of millions. His artistic style, full of high nobility and dignity, is understandable for all, of course, entered the treasury of pop culture. Malinin’s work organically combines the traditions of romance and modern sound. His deep and sincere intonations make the hearts of the audience tremble, especially its female part! We hear the characteristic sincerity, the rebellious spirit of Yesenin, desperate courage and aristocratic sophistication. The singer has been faithful to his stage image and repertoire for many years. He chooses songs himself, preferring poems with deep inner energy, the works of classical poets.

During his solo career, Alexander has achieved tremendous results. Alexander Malinin has the title of People’s Artist, a name badge on the “Square of Stars”, and the prestigious “The World Music Awards” for the largest number of CDs sold. However, not a huge number of discs is the main indicator of the artist’s popularity. The songs that have forever settled in the hearts of the listeners and the sold-out songs that accompany Malinin’s concerts are the main achievements of the singer!